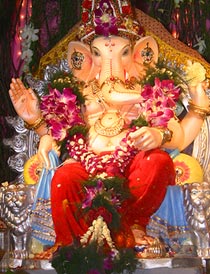 Popularly known as the Pink City, Jaipur, is the capital of the state of Rajasthan. It has been added on tourist itineraries as the third corner of India's Golden Triangle. Jaipur lies 300 kilometres southwest of Delhi, and 200 kilometres west of Agra, famous for the Taj Mahal. The ancient city of Jaipur is surrounded by seven gates with the major gates being Chandpol, Sanganeri, and Ajmeri.

History of Jaipur
Jaipur's name and foundations were laid by the warrior and astronomer Maharaja Jai Singh II. Jai Singh and his ancestors shared good relations with the Mughals and in 1727 when the Mughal rule was declining he moved his capital from Amber to the plains of Jaipur.

Vidhyadhar Bhattacharya, a Bengali architect, designed the city if Jaipur, employing the principles of town planning, as laid down in the Shilpa Shastra, an ancient Hindu way on architecture. With the help of his architectural capabilities, the City Palace and the largest stone observatory in the world was built.

Local attractions in Jaipur
Jaipur is an ultimate tourist delight with its pink and orange buildings which radiates to its fullest in the evenings. Adding to the brightness of the architecture is the bright and glowing outfit of the Rajasthanis. Jaipur's streets are ornamented with camel drawn carts which add more texture to the spirit filled life of the Rajasthanis.

The Central museum is housed at the Ram Nivas gardens in the southern part of the old city. The museum holds a very rare collection of portraits of Jaipur Maharajas, a collection of costumes, and woodwork from various parts of Jaipur, and other miniatures and artworks to its credit. It also includes a small zoo and an art gallery that is situated in the gardens. 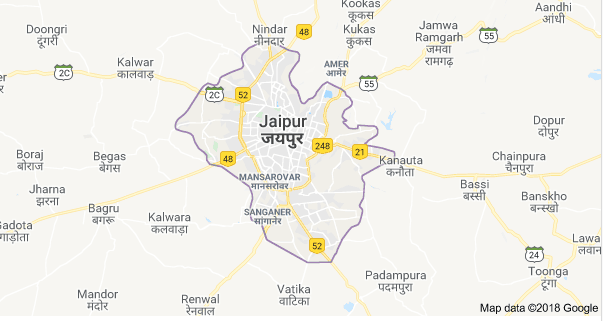 About 6.5 kilometres from Jaipur, at a place by name Gaitore which is situated on the road to Amber is the Cenotaphs of the royal family. And just opposite to the Cenotaphs is the famous Jal Mahal Palace embedded in the middle of a lake. At a distance of 6.5 km is the enthralling Nahargarh Fort which is illuminated with special lights in the night. A few strolls away from Amber is the Jaigarh Fort built in 1726.

The Samode village and Palace is located 50 km north of Jaipur is an another very important tourist attraction. The Temple of Sun God at Galta, Sisodia Rani Palace and gardens, Vidyadhar's garden, Balaji and Sanganer are some extraordinary visual treats to the tourists.

How to travel to Jaipur
Jaipur is connected to Delhi, Mumbai , Udaipur, Jodhpur, Aurangabad, Calcutta and Varanasi by domestic flights. No international flights are currently available into Jaipur. Jaipur can also be accessed from all the major places in the Indian state of Rajasthan, Gujarat, Delhi and Mumbai by bus or by renting a car. The train services to Jaipur are slow, but it is possible to take a train from the major cities of India such as Delhi.